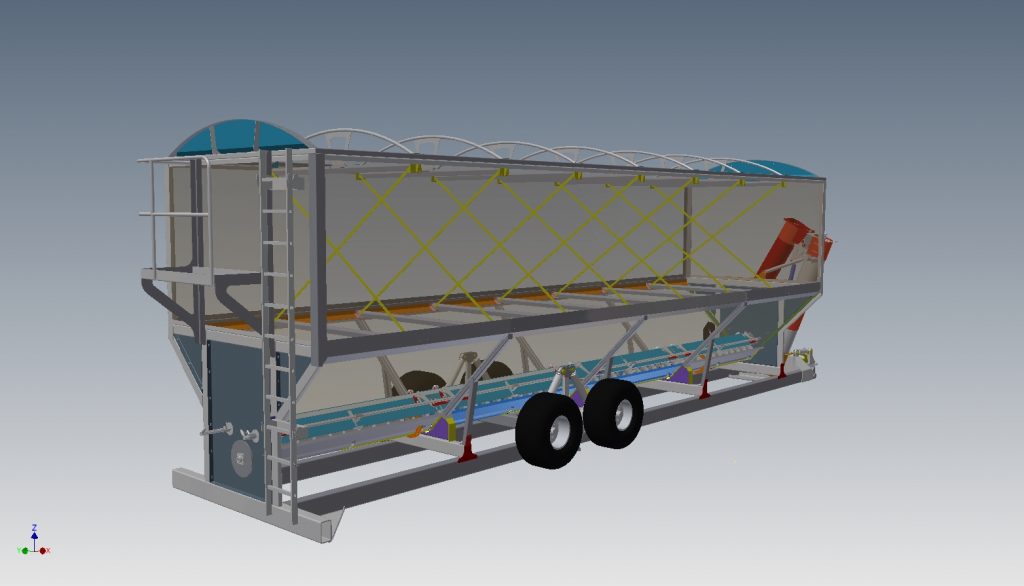 When developing Fältlagret our aim has been to develop a product that is easy to use. Fältlagret is run by a tractor and it islowered to the ground through hydraulic which is manoeuvred from the tractor´s cab. In order to be able to raise and lower Fältlagret it has hydraulic rams to the bogie and to the bar. The emptying auger is precipitated with hydraulic and then Fältlagret is ready to be loaded.

Our own experiences have helped us develop a highly functional product: